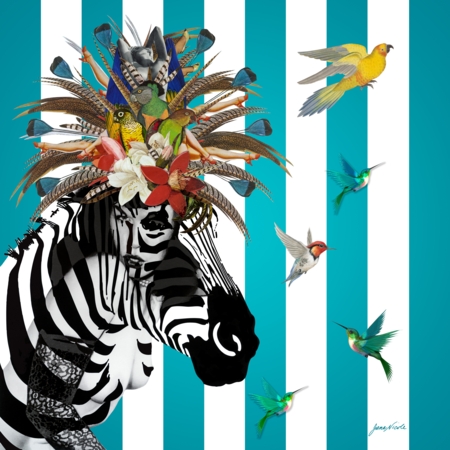 Jana Nicole’s creativity has been a huge part of her life from childhood. Since settling in East Sussex she has spent years building a successful career as a commercial painter.
Jana Nicole’s focus in recent years on her mixed media Fine Art practice has been quite rightly well received, enjoying exhibitions in London, the South of England and shows in her childhood home of Palm Springs.

Jana Nicole's works are often memories in mixed media, upcycling nostaligic materials and iconic images to fuse them with architectural salvage and abstract backdrops, often evoking a myriad of emotions from the spiritual to the comical, the classically familiar to the downright bizarre.

Now resident in the UK, she exhibits her works regularly in and around London and the South East as well as in her native Palm Springs.