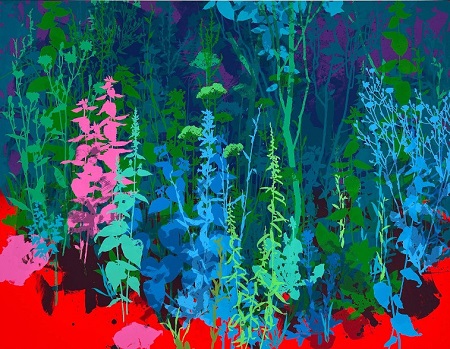 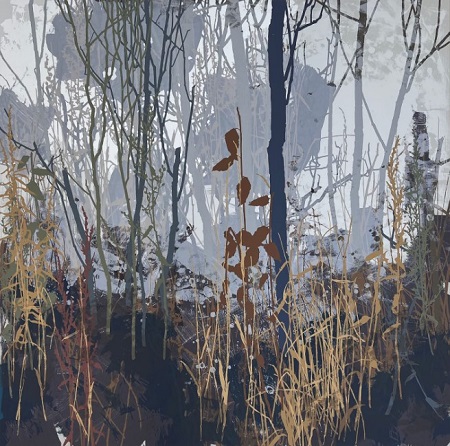 Berlin-based Danish artist Henrik Simonsen is an experienced painter and printmaker whose work primarily focuses on the natural world. A keen draughtsman, freehand drawing forms the basis of Simonsen’s stunning compositions that explore the world of flora and fauna through simple lines, shapes and forms.

Nature has been a central theme in Simonsen’s work for many years, perhaps inspired by his Scandinavian roots - the region has a long tradition for art and design inspired by natural forms - but he is also drawn to its inexhaustible richness and metaphorical ability to speak of human existence, as well as life, passion and the brevity of existence.

Like his chosen subject matter, the process of creating his work is an organic one. Whether making a painting or an original print, he allows the elements he creates to ‘grow’ on the surface of the canvas  or paper. Colour plays a major part in his work, with certain hues representing  particular seasons or moods. He has also more recently experimented with more abstract forms by way of applying  paint or ink in less conventional ways, such as pouring or dripping, allowing his work to become less controlled and acting as the  perfect contrast to the more refined graphite lines. The history of each of his pieces is also important to Simonsen, and he rarely erases any marks he makes  while creating them.